Pacific Nocturne, 2012/2018
2 ch. HD video, two channel sound, 21 min.
A composition for the historic cinema organ of Villa Aurora, two inside mics in the salon and two outside mics in the patio area. The neo-hispanic villa, built in the Pacific Palisades in Los Angeles, is the former residence of exiled Jewish author Lion Feuchtwanger and his wife Marta.
The organ, built by the Artcraft Organ Company of Santa Monica in 1928/1929, was part of the original structure. The organ fills three chambers next to the hall and was restored in 2011.
Pacific Nocturne was written for the cinema organ of Villa Aurora. This big pneumatic and electromagnetically controlled machine has pipes with different sounds. Starting point for Pacific Nocturne was a sonic observation of the soundscape surrounding Villa Aurora during and after sunset: The chirp of two crickets in the foreground and motorbikes racing down Sunset Boulevard in the background. Furthermore, Sonntag tried to understand the inner mechanisms of the organ, developed to imitate an orchestra in order to create the live sound for accompaniment of silent movies. Two mics facing Santa Monica Bay were controlled by the prespecified movements of three digital filters and the two mics inside the salon. There, Sonntag was playing the big sound machine based on the main frequencies channeled from the outside. These almost frozen sounds – a live mixture of non-electronic sounds of nature and those of engines – are played to the endless variations of light pattern of the Ferris wheel on the Santa Monica Pier on the coast of L.A., home to the motion picture industry.
BOO84, 2016-2019 (Premiere)
HD video based on NTSC footage, two-channel sound, 3 min. 43sec.
The Battle of Orgreave on June 18,1984 was a violent confrontation between the police and pickets at a British Steel Corporation (BSC) coking plant in Orgreave, South Yorkshire in Rotherham.
This is the beginning of the Wikipedia entry as of Tuesday, May 7, 6:51 p.m. And then there is a number of video clips online, which were taken by BBC reporters and the police. They were analyzed in the courts and by the police on a continuous basis.
In 2016, working as a composer and video artist on the stage adaptation of David Peace´s book GB84, Sonntag wrestled through the 535 pages of the novel in addition to all the video documentation available online. He tried to create a video testimony of this battle from those sources, and composed music for a British Brass Band. The im line-up of these marching bands and the sound is unique, because, contrary to a continental marching band, or the American marching and big bands, trombones and percussion instruments are not replaced with trumpets, but with all sizes of horns, from the flugelhorn to the tuba. Traditionally, each mine had such a band, which adapted all kinds of music, from actual dance hits to orchestral compositions of the so-called high culture for different special occasions.
Sound recordings of two demonstrations served as an acoustic starting point for the composition, analyzing rhythm and harmony and morphing them together with AI, and arranging the result for the special line-up of the British Brass Band.
For the recording, Sonntag used digital sample banks with well-rehearsed sounds of these special instruments. Referring to recent political events in England, Sonntag has taken this video out of its stage context. It marks a social upheaval, the consequences of which are still relevant today.
Sundogs/Nebensonnen, 2011
HD video, two-channel sound, 24 min.
The video installation “sundogs // Nebensonnen” is based on a musical piece composed by Jan-Peter E.R. Sonntag for Peter Carp’s production of “Winterreise” (Winter Journey) by Elfriede Jelinek. The latter piece, in turn, harks back to Franz Schubert’s eponymous song cycle of 1827, which integrated poems by Wilhelm Müller. Analogue to Jelinek’s text, where fragments of Müller’s poem series appear in Jelinek’s convolutions of seemingly endless monologue, Sonntag takes up two motifs from “Gute Nacht” (Good Night) and “Wegweiser” (Signpost) respectively. He distorts and overextends them on the piano and alpine horn until they fade away, amid soundscapes of contrabass and other strings, in a seemingly boundless flow of crescendo and diminuendo. These psychoacoustic simulations of endlessly rising and falling noise, have been cultivated by Sonntag since 1993 when he realized them for the first time on an IRCAM Workstation. They are based on a manipulation of turning points, which, similar to the Möbius strip or Escher’s stairs, are inextricable.
Continuous musical progression serves as the foundation for the audio-visual composition. The visual film material is unedited and unprocessed. It shows a landscape that is rapidly speeding by, which is repeatedly disrupted by hints of urban and industrial surroundings. Filmed with a strong contre-jour effect, the landscape seems almost graphic in nature. The only fixed point is the close-up remoteness of the sun’s glaring disc at the center of the picture.
TRISTAN, 2012/2019
HD video, 14 min. 36 sec.
Created specifically for this event, creating a sonic dialogue between the Babylon Cinema’s theater organ and recordings of the house organ at the Villa Aurora.
Tristan is a name, a suspended chord, a sound. In this video work, the audience see two big tankers in the fog off the Santa Monica bay, and hear a machine, the same cinematic organ as in Pacific Nocturne plus its engine in a separate room. It is located across from the room, Sonntags stayed in at the Villa Aurora. He had worked on a concept for the cinema organ ahead of his stay in Los Angeles. He used to film the fog creeping up the slope from the Pacific in the morning and tanker movements in the bay during foggy evenings. The installation consisted of three projections – the view into the bay, the view along the corridor and the lamellae of the organ, and a quadrophonic sound system. This is how Pacific Nocturne emerged. It will be played, for the first time, with the recorded sound of Villa Aurora’s movie organ and the live performance on the organ at Babylon Cinema. 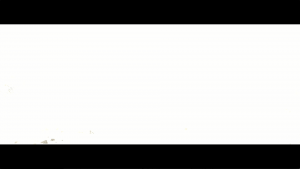 612.43WEISS, 2003-2006/2010
HD video, two-channel sound, 24 min.
On the wall outside of the respective projection space in the installation set up, the following is written in Helvetica letters in one continuous line:
The heroic baritone Hans Hotter created a recording of Schubert’s Winterreise in Berlin in 1943 The circle was also closing in Stalingrad at the same time It is now January 2, 2005 and 18 degrees below zero Celsius Snow swirls in the air and fog surrounds the lookout platform on Mt Pilatus Eskimos supposedly have hundreds of words to refer to snow
The materials for the installation include: a section of a reproduction of a photograph showing abandoned military gear outside Stalingrad in 1943, and “Der Leiermann” (The Organ Grinder) taken from Hans Hotter´s first recording of “Die Winterreise”. This recording of Franz Schubert´s cycle of songs, has also been available in digital form for several years now. Originally, it was carved right into wax and later reproduced on shellac records. “Die Winterreise” – a recording of poems by Wilhelm Müller – is an imaginary inner journey. The sense of alienation from the world is the other side of individuation. It reflects the dark side of the »modern« notion of the »subject« as it was being defined at the time, and which, even today, serves as the foundation of modern art and our notion of “the artist”. The city name »Stalingrad« not only stands for the turning point in World War II. Looking back, it also signifies a general collective trauma that is juxtaposed with the (romantic) notion of the subject. Both historical and media-referential documents are amalgamated into a »fast Film« (»almost Cinema«) and brought to a deliberate standstill. (This text was a conceptual starting point and the term »almost cinema« also the title for a video festival in Ghent where the installation was shown). White light is the sum of all colors. Until the development of so-called »digital media«, one assumed a fair amount of objectivity in the technical process of capturing light through chemistry – the spellbinding photographic moment and development process. For years, the photographic image created a new, apparently objective reality that interacted with our non-instrumental/»direct« perception.
A moment of the illusiveness of appearances engraves itself into the film. The traces are then fixed and reproduced ad infinitum. Independent of its material deterioration, the still photographic image is not static since the human eye and its process of seeing is not static, or rather, cannot be fixed. Our eyes scan an image and reconstruct their own picture of the visible figures. They more or less wear themselves out in the process. The facade of a building looks more static when viewed through raindrops rather than in sunlight. A little flash of light that is only perceived out of the corner of our eye lets us see more clearly and with more depth. The re-composition is based on Hotter´s recording. I used digital equipment to try to filter Hotter´s voice out of the piano accompaniment and to free it from the patina of analogue recording, retaining the musical proportions. I kept only a few piano tones, mainly the bourdon tones that imitate the Lyre, and stretched them out digitally. The musical phrase is repeated two and a half times, and thus reflects the repetitious motif of the barrel organ. Due to this repetition the micropolyphonics become increasingly longer. Sonntag is concerned with elongating something to a standstill – abstraction and pathos in an extended moment.

B²
HD video, 2 channel sound, 2 min. 17sec. loop
B² is a TV play, a composition for 4 football players in gray hooded jerseys.
It is Gallery Weekend 2011 in Berlin Auguststrasse: Instead of striding the choreography “Quad” by Samual Becket on a flood-lit green football field, the 4 players are running an adaptation of it – 30 years after Becket realized this non-verbal piece for Süddeutscher Rundfunk TV. The reason for this camera performance was a request by ZDF, for a half-day shoot in Sonntag’s studio, showing how he works and interviewing him.
Sonntag had the idea for the work years ago, when, coming from an opening at KW, he caught sight of the football players in the floodlights, which made him think of “Quad”, especially since he doesn’t play football. We show the last part of this documentary, the finished work for TV, in relation to its evolution.
Jan-Peter E.R. Sonntag
RAUSCHEN
12″ vinyl LP, box & 204 pages book
Edition: 1000
Bilingual Edition: English / Deutsch
This box, book and vinyl record is published in conjunction with the exhibition Jan-Peter E.R. Sonntag – Rauschen, Württembergischer Kunstverein, Stuttgart 2015
Editors: Hans D. Christ, Iris Dressler & Jan-Peter E.R. Sonntag
ISBN 978-3-96273-005-5
www.merve.de